Home Events The Italian ACI Karting Championship is preparing for the grand finale of... 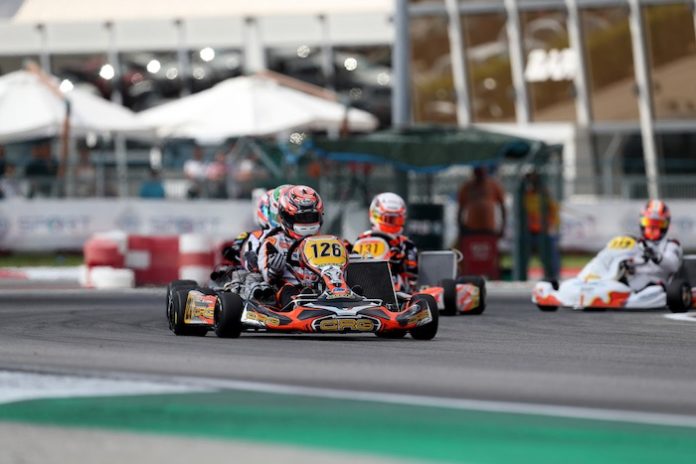 The final stage of the cardiogramalized Va Vibrata Championship is set for the final round of the Tricolore Karting 2019, where on 1 September all the protagonists will play the titles of the Italian ACI Karting Championship, in an uncertain challenge in all the categories, with the exception of the Rok which has already elected its champions in the last Adria test.

On the Kartodromo di Val Vibrata, in Sant’Egidio alla Vibrata (Teramo) for the fifth and final round of the weekend of 29 August 1st September, the KZ2, 60 Mini, X30 Senior and X30 Junior, KZN Under and KZN categories are on the scene. Over, which present themselves with rather uncertain rankings, also due to the two mandatory deviations to be counted on the total of the 10 finals (ie the best 8 results), and the coefficient 1.5 on the score of the last two finals: 60 points on the first race -1 and to climb for the first 15 positions, 39 points to the first of race-2 (with grid reversed in the first 8 positions) and to climb for the first 13 positions. As many as 99 points that can subvert each ranking for winning the title but also for improving their position in the league.

In KZ2 the leader is Cunati, on Palomba and Iacovacci
Since the start of the Italian KZ2 Championship, Simone Cunati (CRG-Tm / Team Modena Kart) has been confirmed as lead, now with 161 points thanks to the double podium won in Adria, always pursued by Giuseppe Palomba (Croc-Tm / Mec Kart) with 131 points and the winner of the second final of Adria Francesco Iacovacci (Maranello-Tm / Maranello Kart) with 120. Arithmetic also leaves room for Leonardo Marseglia (BirelArt-Tm) at 100 points and in great growth. Compared to Palomba and Iacovacci, at the moment Cunati has a further advantage over waste: only 3 points against 11 for Palomba and 8 for Iacovacci.

In the 60 Mini great duel between Macintyre, Scognamiglio and Powell
In the 60 Mini the Englishman William Macintyre (Parolin-Tm / Team Driver) returned to the lead with 157 points, but with only one point ahead of Manuel Scognamiglio (Tony Kart-Tm / Gamoto), while only 9 lengths ahead is the Jamaican Alex Powell (Energy-Tm / Energy Corse) with 148 points. In the top positions also Giovanni Trentin (Parolin-Tm / Parolin Racing), fourth with 106 points, while Andrea Filaferro (Tony Kart-Tm / Newman) dropped to fifth place, stopping at 90 points for not being able to take off at Adria. On the discard front, whoever is better is Scognamiglio who leaves only 8 points on the field, Macintyre discards 17, Powell 18. 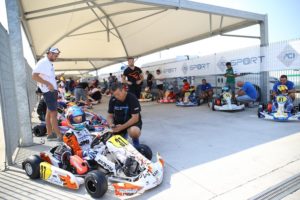 Villa continues to lead in the X30 Senior
In the Iame X30 Senior he still gained something Edoardo Ludovico Villa (TB Kart-Iame / Team TB Kart), leading since the beginning of the season and now at 194 points, but to gain a lot in the Adria race was Danny Carenini (Tony Kart- Iame / Autoeuropeo) author of a double success that projected him in second position with 152 points, level on points with Leonardo Caglioni (KR-Iame / Team Driver). Villa has an advantage, but the sprint for the title is also open to Caglioni and Carenini.

In the X30 Junior the favorite is Bertuca
In the Iame X30 Junior Cristian Bertuca (BirelArt-Iame) managed to build a good advantage thanks also to the last two finishes obtained in the two finals of Adria, now leads with 184 points, but he also has heavier points to discard than his opponents. The defending champion Francesco Pulito (KR-Iame / Dep) chases with 124 points and discards zero, Paolo Gallo (Tony Kart-Iame / Auto-European) winner of race-1 at Adria, has 111 points and discards 1 point. A wheel Michael Barbaro Paparo (KR-Iame / Giugliano) with 110 points and Nikolas Pujatti (KR-Iame / Team Driver) with 107.

In KZN Under the leader is Mordini
For the KZN, the Val Vibrata is the third and final test. Both in the KZN Under and in the KZN Over the situation is open to any result. For the final classification the best 4 results will be counted on the 6 final played. In KZN Under-major favorite Alessio Mordini (Energy-Tm) introduces himself with 102 points in total, author of a victory and a second place in Sarno, in addition to the second place obtained in Siena. But also Roberto Cesari (Top Kart-Tm) with 86 points, and a victory in Siena and a second place in Sarno, is by no means excluded from winning the title, given that he has to reject only 16 points against Mordini’s 32, or before Val Vibrata the two are virtually in perfect equality at 70 points. The comeback from fourth place of the defending champion Emanuele Simonetti (Tony Kart-Tm) appears difficult but not impossible. 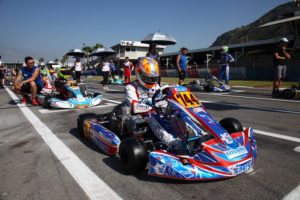 In KZN Over Profico near the finish line
In KZN Over there should be no surprises, even if the last word can only be written after the Val Vibrata finals. Here the destiny to success seems to be Roberto Profico (Tony Kart-Tm), leader with 118 points and so far winner of 3 finals on the four disputed. With 99 points to be won between race-1 and race-2, the Val Vibrata appointment does not exclude any direct rivals. They are followed by Simone Torsellini (Parolin-Tm / Team Driver), Riccardo Nalon (Parolin-Tm / Erre Esse), Marco Pagani (Parolin-Tm), Marco Ruschioni (CRG-Tm / Modena Kart). However, if Profico in Val Vibrata were to win race-1, he is mathematically a champion.

The provisional turnout for the second round of the Italian ACI...

Sensational surprises in Val Vibrata in the qualifying rounds of the...