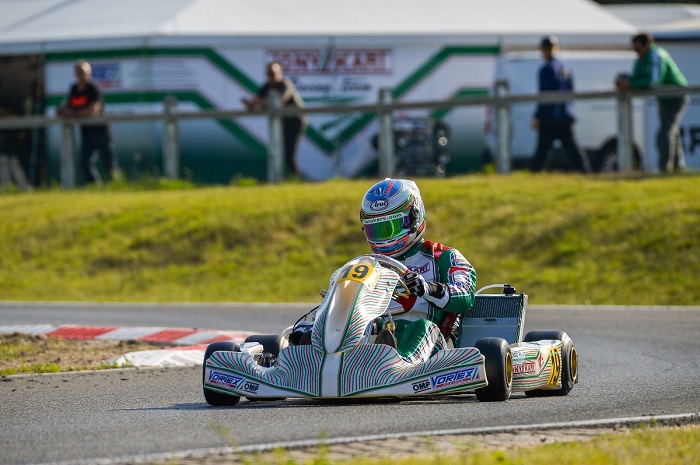 On the weekend of July 12th-15th, the Tony Kart Racing Team is ready to get back on track again on the South Garda Karting track of Lonato for the European title of KZ and KZ2 categories

More than two months have passed since the last CIK FIA Karting European Championship’s event for the KZ and KZ2 categories, run staged on that French circuit of Salbriswhere the experienced driver Marco Ardigò made the Tony Kart Racing Team’s colors shine with an excellent third place in the decisive race of the weekend. After this long break, the shifter categories are ready for the final challenge, the Kart Grand Prix-Italy that will be held on the South Garda Karting track in Lonato on the weekend of July 12th-15th.

A very technical track that at the end of June awarded Ardigòwith the 2018 vice-champion title of the WSK Open Cup and that now will engage him in the fight for the first position of the European Championship. Marco, in fact, is third in the general ranking with seven points of disadvantage to recover to be in the leading positions of the standings: a small gap but that will require all his efforts on track at the wheel of his Tony Kart 401S Racer powered by Vortex.

Also in the master KZ class are ready to fight his teammates Simo Puhakka and Noah Milell, while in KZ2 category, Alessio Piccini will have the task of bringing the Tony Kart Racing Team colors up. The driver from Florence is currently fourth in the general classification and still has a real chance to achieve the final victory in his category. Next to him Matteo Viganò, Alessandro Giardelli and the Spaniard David Vidales will also be on track.

The final round of the CIK-FIA Karting European Championship for the KZ and KZ2 categories, held at the South Garda Karting circuit of Lonato, can be followed starting from the free practice on Friday through the live timing service available on the website http://www.apex-timing.com/live-timing/cik-fia/index.html The qualifying heats and the finals on Sunday, however, will be broadcast live streaming on the official http://www.cikfia.tv/website.