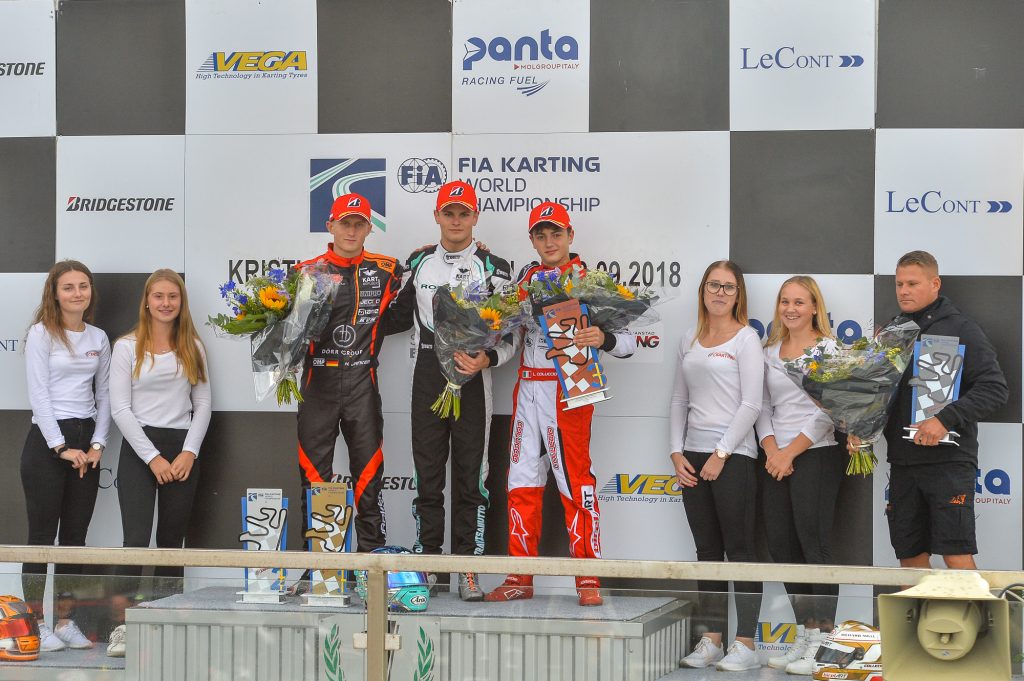 Vidales try to overtake Janker but Janker manage to take again the second position. In the mean time Coluccio overtakes Vidales and takes the third position.

Vidales finds himself in fourth position and begins a duel with Milell that pushes the first three even further.

After 9 laps, Janker, takes the lead of the race. The German manages to gain more than half a second of advantage, but from the 14th lap the pace is reversed: Travisanutto begins to recover and two laps from the end, after observing the opponent for some laps, he overtakes him and goes to win.

In the top 10, in 7th position, the 2015 world champion Karol Basz (Kosmic Kart Racing Department – Kosmic – Vortex) arrives, returning to karting after a year of racing with the GT cars.

Great comeback for the Brazilian Olin Galli Vierira (CRG – CRG – Parilla), 9th on the finish line after a comeback of 21 positions. 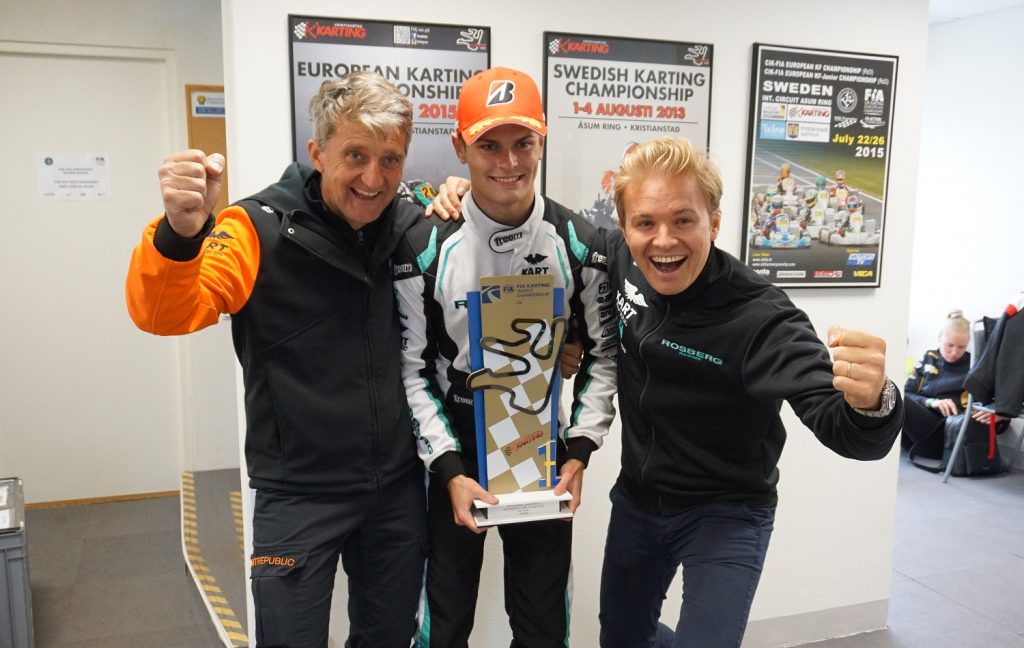 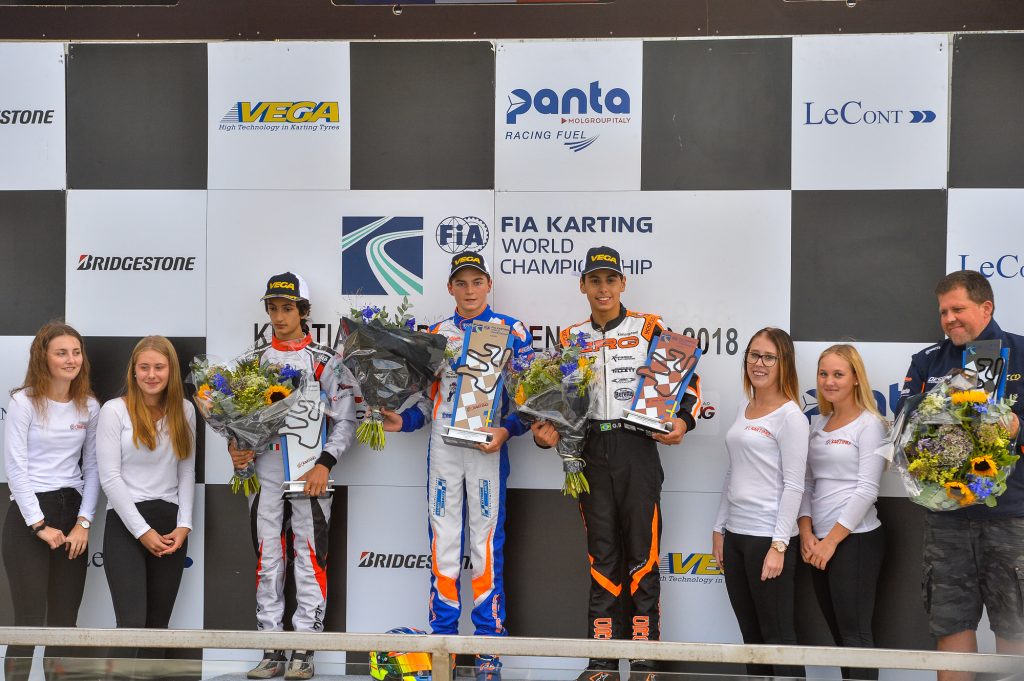 Askey begins to lose  soon, he will finish 10th.

Beganovic try to catch Barnard, while behind him, in third and fourth position, we have Bernier, Minì and Gabriel Bortoleto (CRG – CRG – TM Racing), who seems to have a really high pace.

Even Bernier, however, is very fast: the French driver on lap 4 overtakes Beganovic and shortly thereafter tries to overtake even on Barnard, who immediately passes again him. The lap later, however, the French team VDK tries again and this time takes the leadership of the race that will hold until the end.

Meanwhile both Minì and Bortoleto overtake Beganovic and are placed in third and fourth positions behind the leader Bernier and Barnard.

On lap 7 Bortoleto overtakes Minì. It takes another 5 laps before Bortoleto manages to pass Barnard who is now in crisis. Three laps later Barnard is passed also by Minì and is placed in fourth position.

While Bernier continues his ride, Minì manages to catch up on Bortoleto and overtakes him. Minì seems really fast in the last few laps, but the gap from Bernier is too much and the Italian finishes second ahead of Bortoleto and Barnard.

Teh report cards of Gabriele Minì

Rafael Câmara reaches for the stars in Finland

CRG drivers very competitive but unlucky at the OK and OKJ...