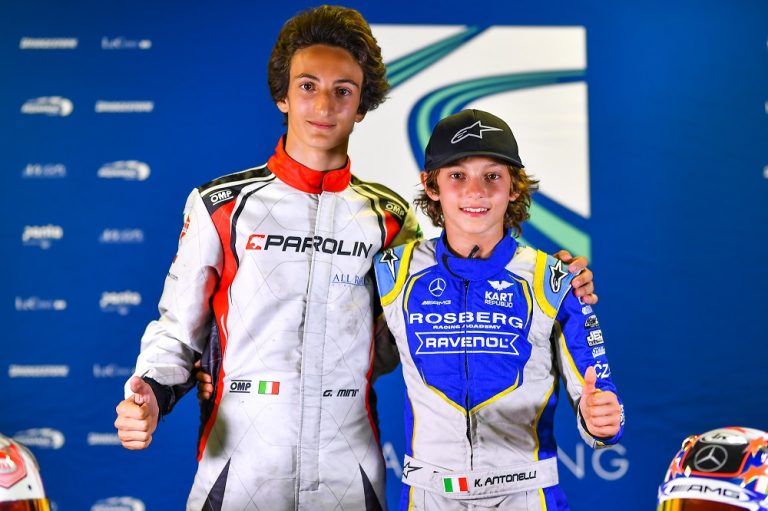 A crazy day in the FIA Karting European Championship with many crashes and with rain appearance that affected the course of the qualifying heats.

OK: Gabriele Mini on top despite the dominance of Kobe Pauwels 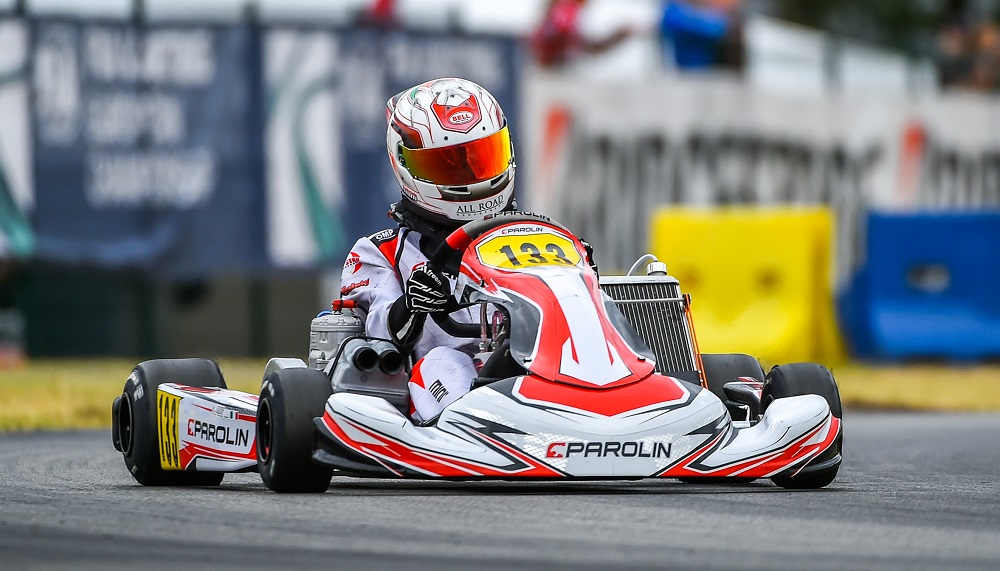 Also Smal showed a dominant pace winning heat C-F and A-C, together with a fifth place in heat C-E in which the track has dried out and this helped Kas Haverkort (CRG/Iame/LeCont) to win the race, while the Russian had to fight in the last lap with the German Luke Brandon Fungeling (Sodi/Iame/LeCont) who was the unique driver to put slick tyres.

Füngeling despite starting last, managed to finish fourth in which is considered the comeback of the day.

But up in front, Kobe Pawels (KR/Iame/LeCont) who took pole position yesterday showed a good pace to keep this place wining all the heats except the last one where he finished in eight place.

That pushed him out of the provisional pole position, and now is Gabriele Mini (Parolin/TM Racing/LeCont) who holds this place after a very consistent pace finishing second in all heats and winning heat D-F.

OKJ: Antonelli and Stenshorne will battle for tomorrow’s pole position 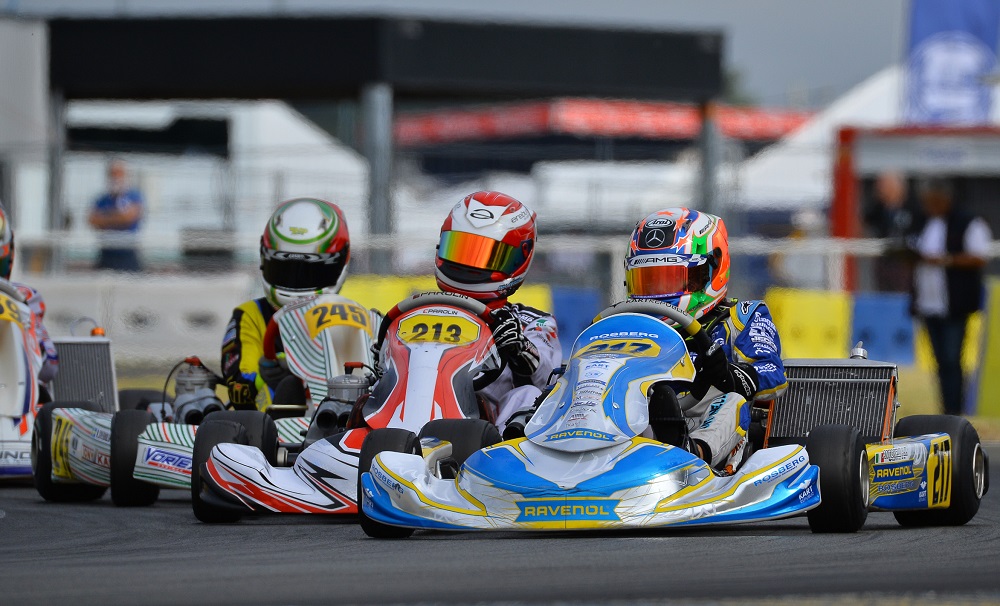 Martinius Stenshorne (FA Kart/Vortex/Vega) who yesterday set the pole position today has actually managed to keep up the pace winning two of the qualifying heats, but this was not enough to stay on provisional pole position for tomorrow’s final.

Andrea Kimi Antonelli (KR/Iame/Vega) may not have shown his typical dominance that he is used to show in WSK series but, a consistency from the Rosberg racing driver allowed him to have the provisional pole at the moment with only on heat victory.

That was not the only big crash of the day as Marcus Amand (Kosmic/Iame/Vega) who was in provisional pole position, suffred a big hit in heat A-C with Rafael Camara (Exprit/TM Racing/Vega) and Nikita Bedrin (Tony Kart/Vortex/Vega) been involved.

But the big crash happened in heat C-E. Jamie Day (Expirt/Vortex/Vega) tried a very optimistically move at turn 3 over Ken Oskar Algre (Tony Kart/Vortex/Vega) who hit the helmet of Aksahy Bohra (KR/Iame/Vega). The Singaporean driver had to be attended by the medical crew.

Despite all those accidents, OKJ drivers also suffered a big summer storm in heat B-F that ended with the victory for Uguchukwu.

Tomorrow last heat to decide the final 34 drivers that will join the final in every category.