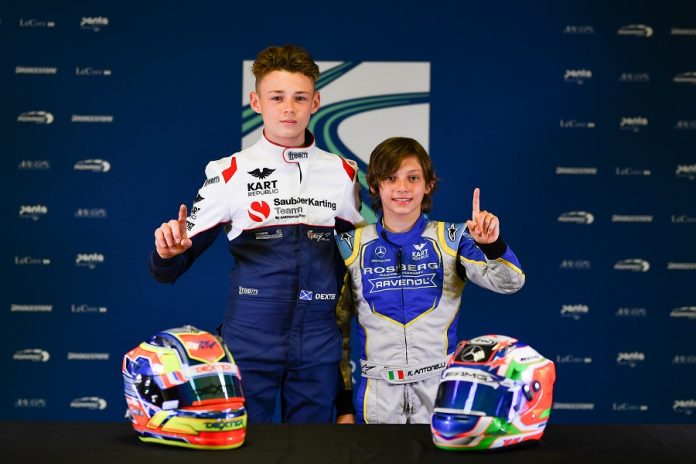 Kart Republic is back on a dominant way at Kristianstad, Sweden for the third round of OK and OKJ European championship, with the pole positions of Andrea Kimi Antonelli in OKJ and Dexter Patterson in OK. 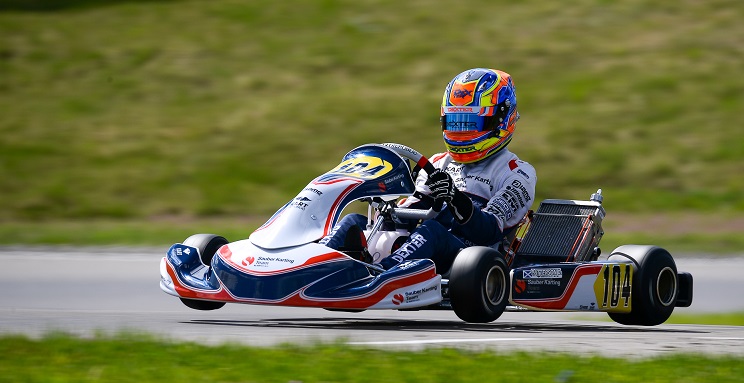 A wet track that was so useful for all the participants to test the wet tyres to set up the chassis just in the case if the rain comes back during the weekend.

Travisanutto was also the quickest on dry surface on the last practice. The Italian was on a mission for qualifying practice, he was the favourite to get it but there was the championship leader Dexter Patterson (KR/Iame/LeCont) who beat the Italian for the pole position. 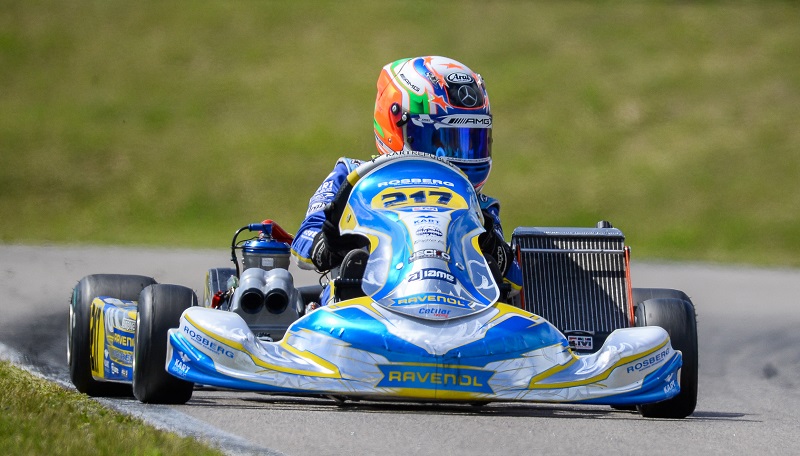 Under a 91 drivers’ entry, the battle for pole position today has been more complicated than the usual.

The pole position for the Junior category arrived already in the first group with the Rosberg Racing Academy driver, Andrea Kimi Antonelli (KR/Iame/Vega) who set the fastest lap with a time of 52.247 seconds.

None of the following groups managed to improve the lap time of the Italian driver. Tuukka Taponen (Redspeed/Iame/Vega) who was the best in qualifying practice series 4 set the second fastest lap of the day with a time of 52.309 seconds.