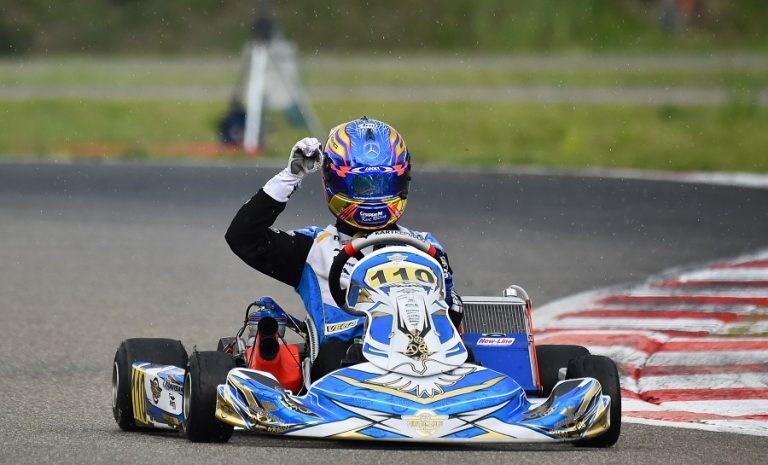 Lorenzo Travisanutto has taken the victory in the OK class final for the second round of FIA Karting European Championship at Genk (Belgium). The Italian dominated the final before the rain made his appearance. Dexter Patterson, championship leader finished 2nd while the podium has been completed by Dino Beganovic. 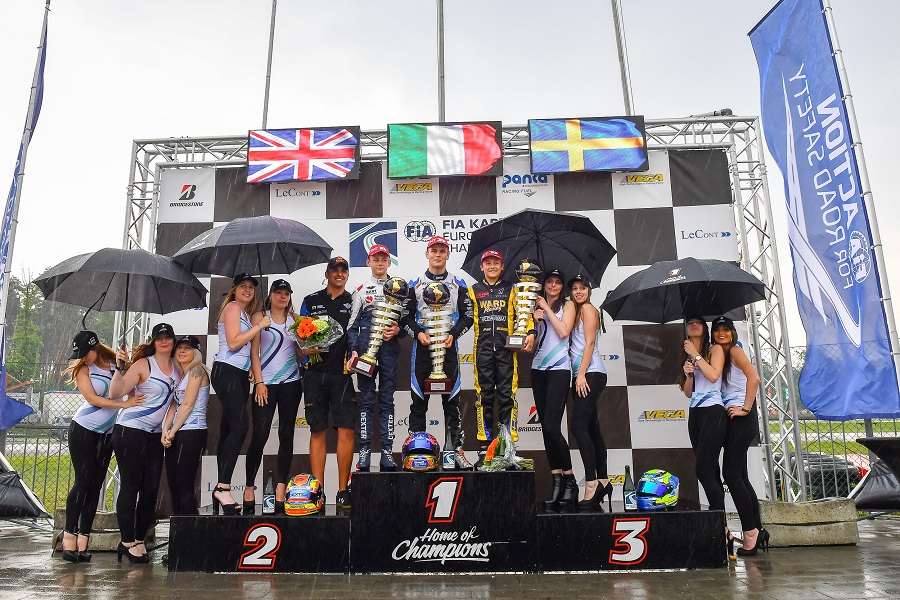 Like usual “Sunday morning” for FIA Karting series, today’s latest heats were crazy: as always bigger comebacks from drivers who had nothing to lose, while other drivers who were more conservative to get into the final, so they decided to use old tyres. For some this worked out, for others not.

The final was one of the classic dominations for Lorenzo Travisanutto. The CV Performance Group driver was already in the lead at the opening lap, and he pulled away by almost 4 seconds before the rain came to the track for a precipitous end of the race due to red flag.

With Travisanutto in a class-of-his-own, the battle on track was for second place. Despite the efforts from Pedro Hiltbrand, the CRG professional driver could not kept the second place and he was slowly dropping positions until he had to retire.

Meanwhile, Morgan porter was driving second but he also had not enough pace to hold this position, as a result, Forza Racing driver Dilano Van T’Hoff (Exprit/TM Racing/LeCont) overtook the British for second place on lap 7. The Dutch driver kept this place until the red / checker-flag, but he was penalized afterwards due to an incorrect position of the front fairing.

So virtually, the fight for third place was the fight for the second position. This one was for championship leader, Dexter Patterson (KR/Iame/LeCont) who made an impressive comeback from 8th place on the starting grid. Dino Beganovic (Tony Kart/Vortex/LeCont) completed the last step of the podium after a solid run in the leaders group, and after keeping the pressure from Ben Dörr (KR/Iame/LeCont):

The next round of FIA Karting European championship of OK will be held at the Swedish track of Kristianstad from 30th May to 2 of June.

The number one issue is out! Here is the NEW TKartWeb:...