Home Events Qualifying heats day at the third round of the WSK Euro Series... 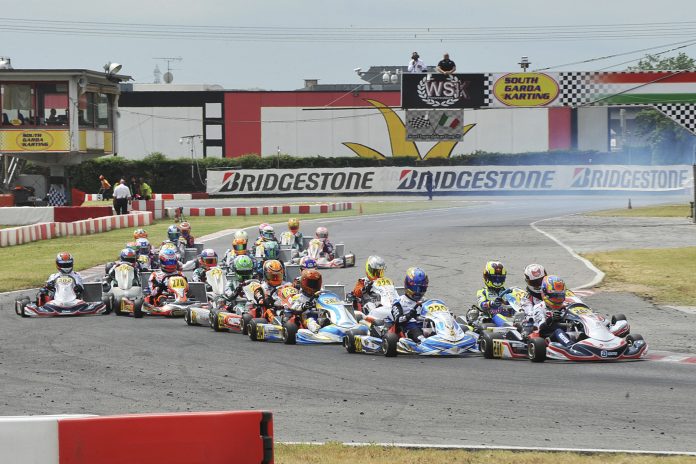 Chasing the leaders of WSK Euro Series has begun in Lonato.

Some of the classification leaders did not have good luck on their side though and could not achieve the results they had hoped for. The penultimate round of WSK Euro Series at South Garda Karting in Lonato (I) has seen several important names behind in the classification (above, the start of one of today’s races), but they are ready for a sensible improvement tomorrow. All eyes will be in KZ2, the category that will contest its second end closing round of the Series, but also on the other three categories that will complete their campaign next weekend in Adria (I).

Sprint to the line in live streaming.

Eight Prefinals and four Finals: these are the decisive races to be held tomorrow that will available through the live streaming feed broadcast by wsk.it and by the live section of the Facebook page of WSK Promotion. The live appointment in Lonato will start at local 11:00. 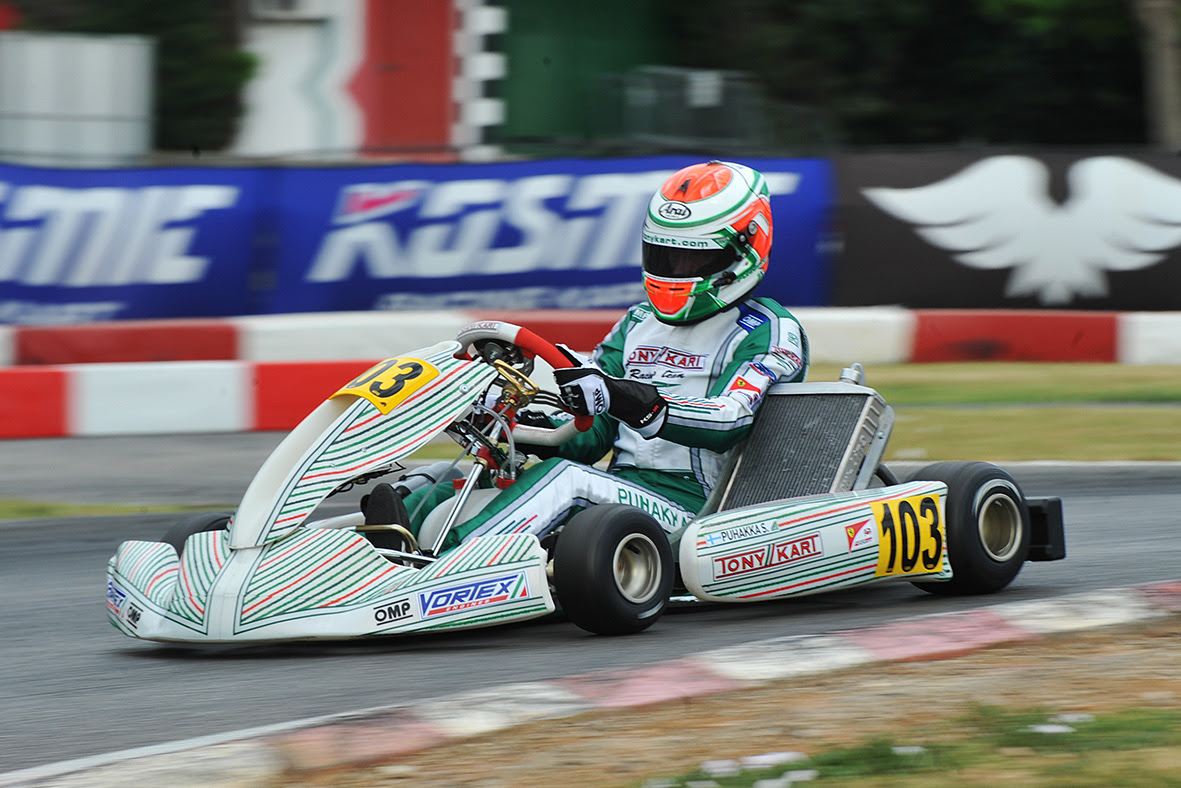 The Finn Simo Puhakka (above, Tony Kart-Vortex-Bridgestone) confirmed the result of qualifying of KZ2 taking three wins and secured the pole position of Prefinal A ahead of the Italian Marco Ardigò, who won two heats. Two wins placed the French Anthony Abbasse (Sodi Kart-TM) close to Puhakka in the pecking order after heats as he secured the pole position of Prefinal B. The Italian Giuseppe Palomba (Croc-TM) also claimed two wins. The remaining heat was won by Francesco Celenta (Praga-Iame). All the protagonists of the classifications are in the front rows and the fight for the victory announces to be particularly exciting as the Series will name its winner tomorrow. 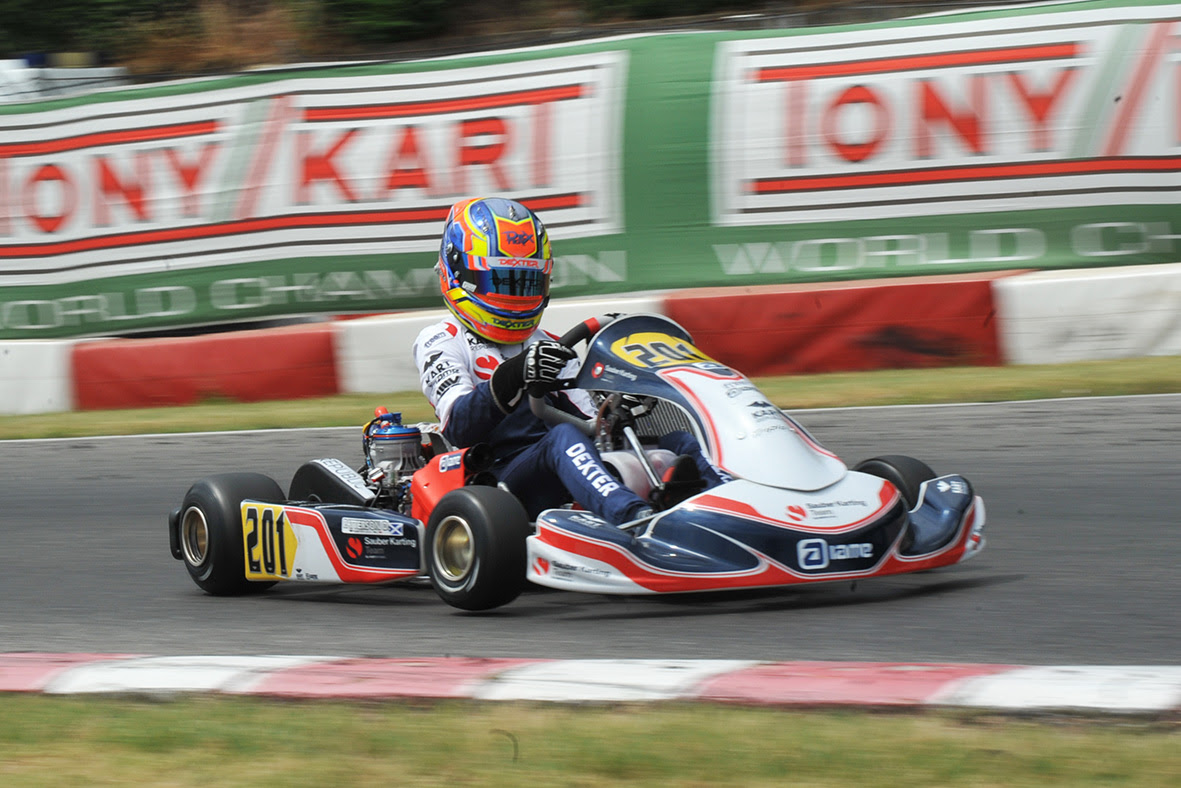 The battle in OK has been quite tight and the Scot Dexter Patterson (above, KR-Iame-Bridgestone), fifth in the classification, posted the best time in qualifying and then claimed two wins in the heats that earned him the pole position of Prefinal A. One victory allows the Italian Gabriele Minì (Parolin-TM) to start from the front row next to Patterson. The Swede Dino Beganovic (Tony Kart-Vortex), also claimed two wins and will, therefore, start Prefinal B from the pole position. Some good placings allowed the Brit Joseph Turney (Tony Kart-Vortex) to start next to him. Lorenzo Travisanutto (KR-Iame) won one heat and will start Prefinal A from the second row of the grid. 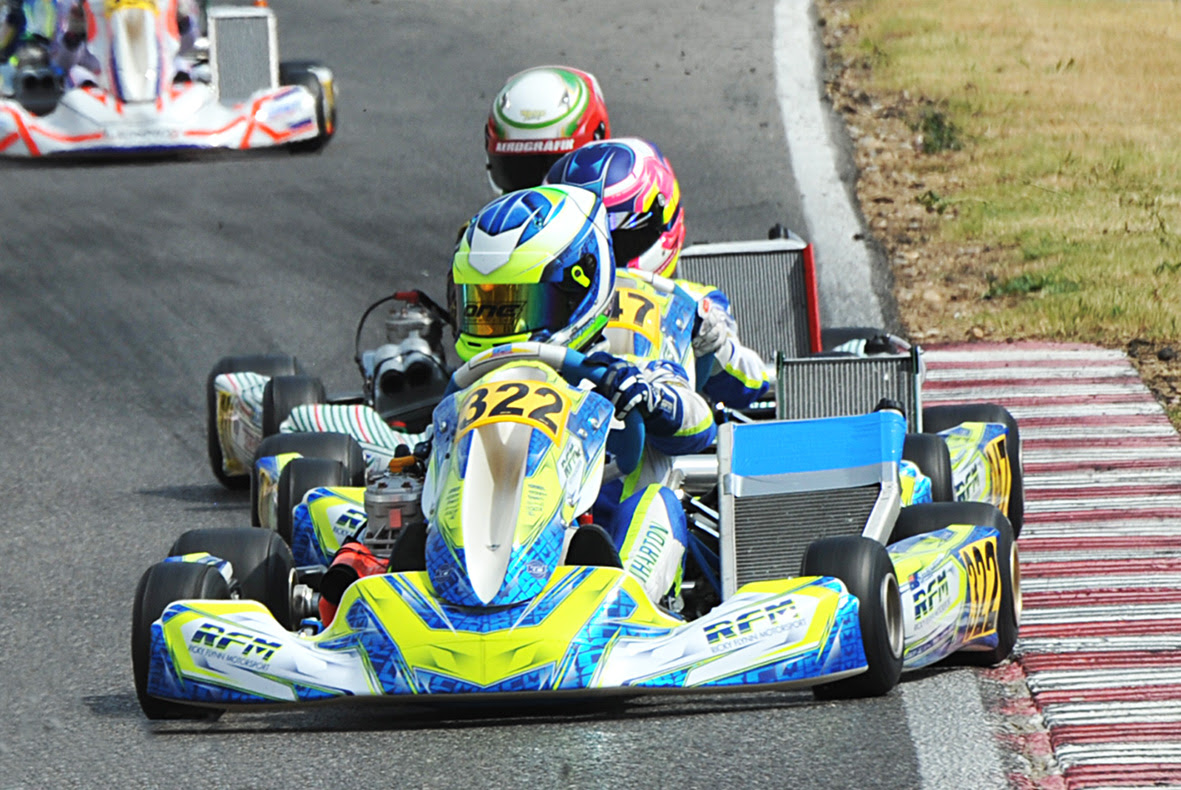 At the end of ten heats, six drivers managed to win at least one heat, which made the fight for the OKJ pole position quite interesting. Two wins earned the Australian James Wharton (above, FA Kart-Vortex-Vega) Prefinal A’s pole position. He will have the Swede William Silverholm (Tony-Vortex) starting next to him as he took one victory. The American Ugo Ugochuckwu (FAKart-Vortex) will start Prefinal B from the pole position. He will lead the Brit Jamie Day (Exprit-Vortex), both drivers scored two wins each. The other winners of the heats were the Russian Artem Severiukhin (Tony-Vortex) and the Italian Alfio Spina (KR-Iame). Classification leader from Holland Robert De Haan (Energy-TM) will start Prefinal A from the tenth place. 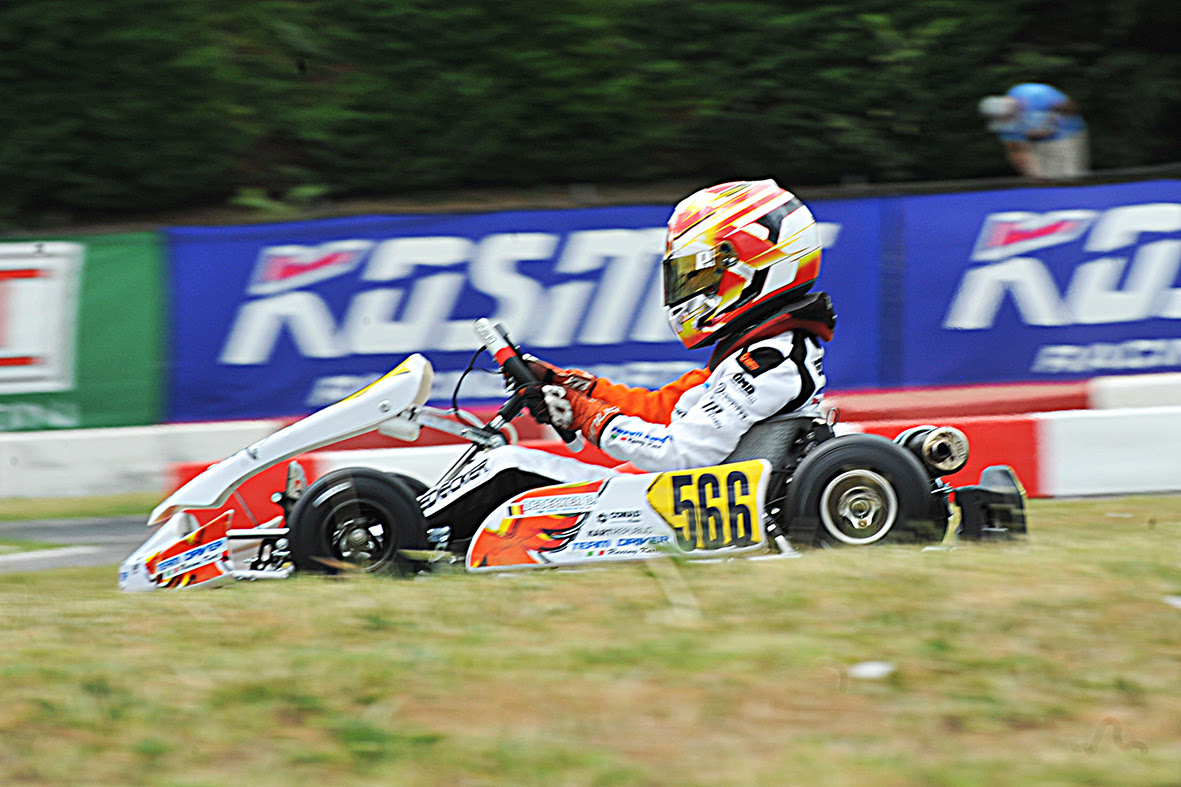 Drivers of 60 Mini have been quite busy today running 15 heats. Eventually, the Belgian Douwe Dedecker (in the photo above) claimed four wins and secured the pole position of Prefinal A. The Swede Joel Bergstrom (both on Parolin-TM-Vega) will start next to him thanks to two wins. The Russian Dmitry Matveev (Energy-TM) will start Prefinal B from the pole position as Singapore’s Dion Gowda (Parolin-TM) will start next to him since they both won two heats. The Italian Flavio Olivieri (KR-TM), the Bulgarian Nikola Tsolov, Thailand’s Enzo Tarvanichku and United Arab Emirates’ Keanu Al Zahari (all on Parolin-TM) also won one heat. Classification leader from Great Britain William Macintyre (Parolin-TM) had a tough day and will start Prefinal B from the back.

Spectacular end to the Winter Cup in Lonato

The first protagonists of the Winter Cup of Lonato came forwards...