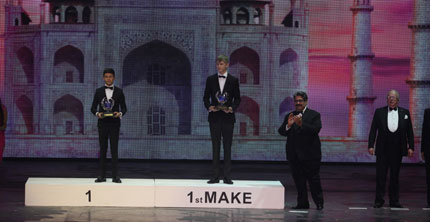 The race that unfolded last weekend at the Kartodromo de Coloane in Macao officially marked the end of the international karting season. Up for grabs on a single match were the Asian Pacific Champion titles for KF1 and KF3.

The queen category featured 14 drivers: victory went to the Japanese Daiki Sasaki (Birel/Parilla), ahead of Jordon Lennox-Lamb (CRG/Maxter) and Pedro Hiltbrand (Kosmic/Vortex). The heated race also saw top moments by Yannick De Brabander (Formula K/TM), winner of the prefinal and author of best lap in the final before he was forced to leave while he was in the lead , and by Flavio Camponeschi (Tony Kart/Vortex), 3rd in prefinal behind Sasaki and also forced to withdraw in the final while he was vying for the title. In KF3 Nicklas Nielsen (Tony Kart/Vortex) won with a great comeback from the back rows (with also best lap), ahead of Matthew Salomon (Intrepid/TM) and Teruhisa Tanaka (Maddox/Parilla).
This same week FIA awarded the champions of the motorsport world in New Delhi, India: on stage, along with consolidated stars like Sebastian Vettel, also Nyck De Vries, current karting World Champion, and Matthew Graham, Under 18 karting World Champion.