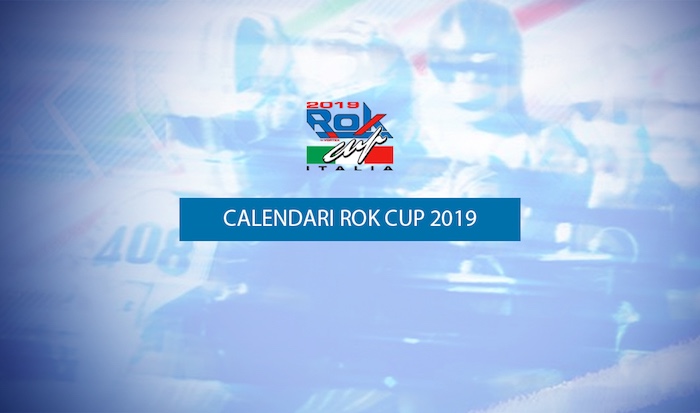 To inaugurate the season will be the group of Sicily, with the race on February 3 in Melilli. Also in February, on the 17th, the Rok Sud will also start in Torricella and on the same weekend the mini Rok will take part in the 1st round of the Rok Cup Challenge which will take place in Lonato for the 24th Winter Cup.

The last Sunday of February will be the turn of the center group, which, as usual, will start from Viterbo, while the extremely strong Rokker of the North will make their seasonal debut on March 31st at the South Garda in Lonato.

Interesting is the concomitance, Center-North, of mid-April to Adria that will precede the round of the 7 Lakes (3rd Test North on April 28). At the 7 Laghi will be the debut of the Italian ACI-ROK Championship, on 9-12 May, in which the Junior Rok and the Senior Rok will be involved.

The Italian will then move on to the Circuito Napoli (Sarno, 4-7 July) to end in Adria.

In September, the 7th and 8th, you will race the inevitable Rok Cup Italia, on the Adria Karting Raceway and everything will culminate with the most important event Rok, the great final, which will be held on the track in Lonato from 9 to 12 October.

Attached you will find the complete calendar of the Rok 2019 season.

Italian champions fly to Las Vegas at ROK the Rio